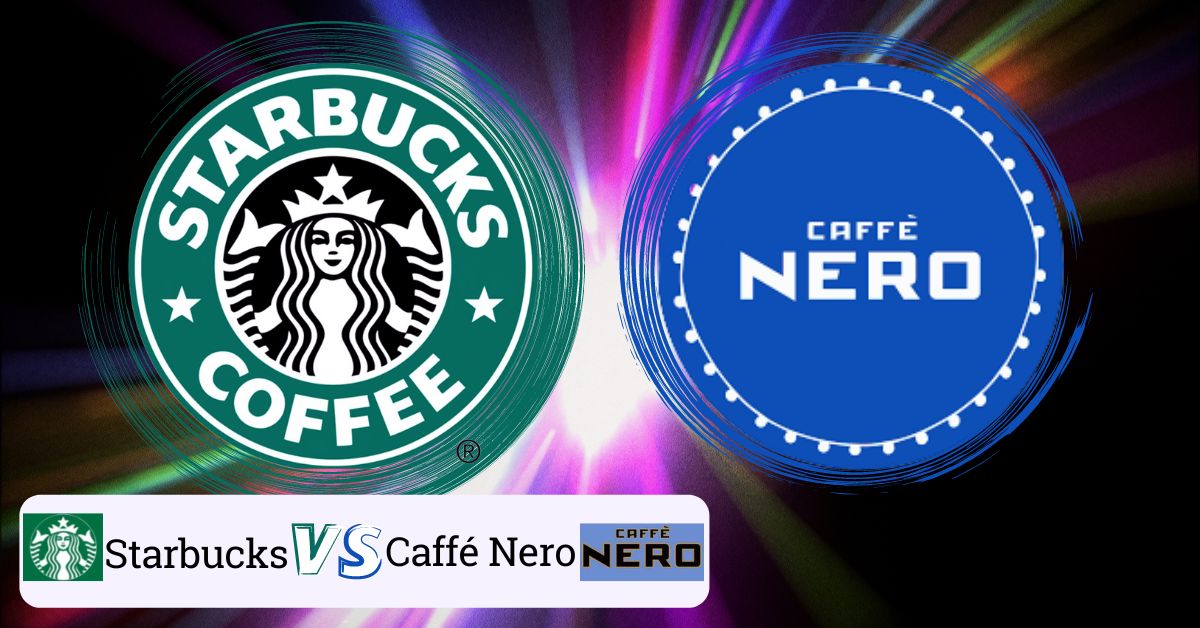 As a coffee fan, I am always on the lookout for new and exciting coffee branches to explore for that next caffeine fix, delicious snack, or novelty drink. So how does the United Kingdom’s Caffé Nero compare to the global coffee giant that is Starbucks?

Although Starbucks has a greater variety of drinks, food, and better loyalty rewards than Caffé Nero, the general consensus is that in terms of the quality of coffee, Caffé Nero has superior coffee/coffee products than Starbucks at a more affordable rate.

Although Caffé Nero remains my personal favorite over Starbucks, there are many advantages and disadvantages that provide different experiences, prices, and products to consumers; let’s explore some of them now!

Despite basing its branding and style on Italian coffeehouses, Caffé Nero was founded in the United Kingdom in 1997 after purchasing and franchising five central London coffee shops by Gerry Ford.

Upon the purchase and franchising of these stores, the introduction of the Classico house blend was a key component in their success. Classico was an affordable, award-winning coffee brand that established Caffé Nero’s signature taste with critical acclaim.

Caffé Nero was listed on the London Stock Exchange in 2001, which led to unprecedented growth, seeing the franchise expand into Turkey, the UAE, Poland, Cyprus, Ireland, the United States of America, Croatia, Oman, and Sweden.

Whether you opt for the Classico coffee or one of Caffé Nero’s other blends and varieties, chances are you are going to have a coffee product that is superior to the majority of large coffee houses and franchises.

The reason is that along with quality coffee beans, and blends are the operation standards, training, and general requirements that go into both the brewing and production process. Most notable is the use of espresso shots for all their products.

Although this may not be to everyone’s liking, particularly those looking for milder coffee notes in otherwise dessert beverages such as iced drinks, it complements the pallets of coffee connoisseurs looking for coffee with deep flavors and good densities.

As one of the first coffee franchises globally, Starbucks has grown from a small establishment in Seattle in 1971 to become one of the most recognizable and beloved brands in the world!

Starbucks built its international reputation by providing customers with a variety of unique drinks, relaxed atmospheres, world-class customer service, and its signature use of names on cups to make customers feel welcome.

Having set the industry standard of what it means to run an internationally successful coffee franchise, Starbucks remains one of the leaders in the field and has justified its customer loyalty with consistent practices and quality globally.

Starbucks has long been touted as having one of the better reward systems compared to other coffee houses and franchises, particularly in light of their foray into the tech space and the inclusion of the Starbucks app on both the Google Play and Apple stores.

Starbucks operates on a “star system” whereby your account is credited with stars depending on the amount of money spent at Starbucks, the types of drinks purchased, and how they are purchased.

These stars can be subsequently used for various in-store items and beverages. Unlike other franchises, which tend to only have a pay-as-you-go model to rewards collection, Starbucks offers improved star collection via preloaded funds on your account, gift cards, and payments via a Starbucks Rewards Visa Card.

Some of the benefits of the Starbucks Rewards Visa Card include:

Because coffee is usually a beverage aimed at adults and teenagers, Starbucks has a diverse menu to cater to children and people who don’t enjoy coffee, along with a varied food menu.

Some Starbucks restaurants even have “puppuccinos” which are low-fat whipped cream treats for dogs!

Despite Caffé Nero’s rapid growth in recent years and its reputation for producing quality coffee products, the relatively new franchise has some disadvantages compared to the more established Starbucks.

Although Caffé Nero does have a wide variety of coffee products, it lacks Starbucks’ approach to a holistic coffee house experience, meaning that it doesn’t sport the variety of food, drinks, or merchandise on offer at Starbucks branches.

Although Starbucks remains the biggest coffee franchise in the world, it has its shortcomings compared to Caffé Nero.

Despite being a trillion-dollar company with global branches, Starbucks is not known for producing cheap food such as other global franchises like KFC or Mcdonald’s.

While these costs are usually offset by the quality of their products, the level of service provided, and the high-class locations and décor of many of their branches, it still means that Starbucks should be more of a treat than the go-to place for one’s daily caffeine fix!

Starbucks relies on brand recognition alone in which to promote its long-established menu, meaning there is a limited investment into a budget and design to educate and attract new customers to what can be an overwhelming menu.

Although this doesn’t faze established, loyal customers, new customers to Starbucks have often found the menu to be vague and confusing.

In conclusion, while it may appear at face value that Caffé Nero and Starbucks, as competing coffee franchises, offer the same service and products, their different business models mean that there is plenty for fans of either to enjoy from the other!