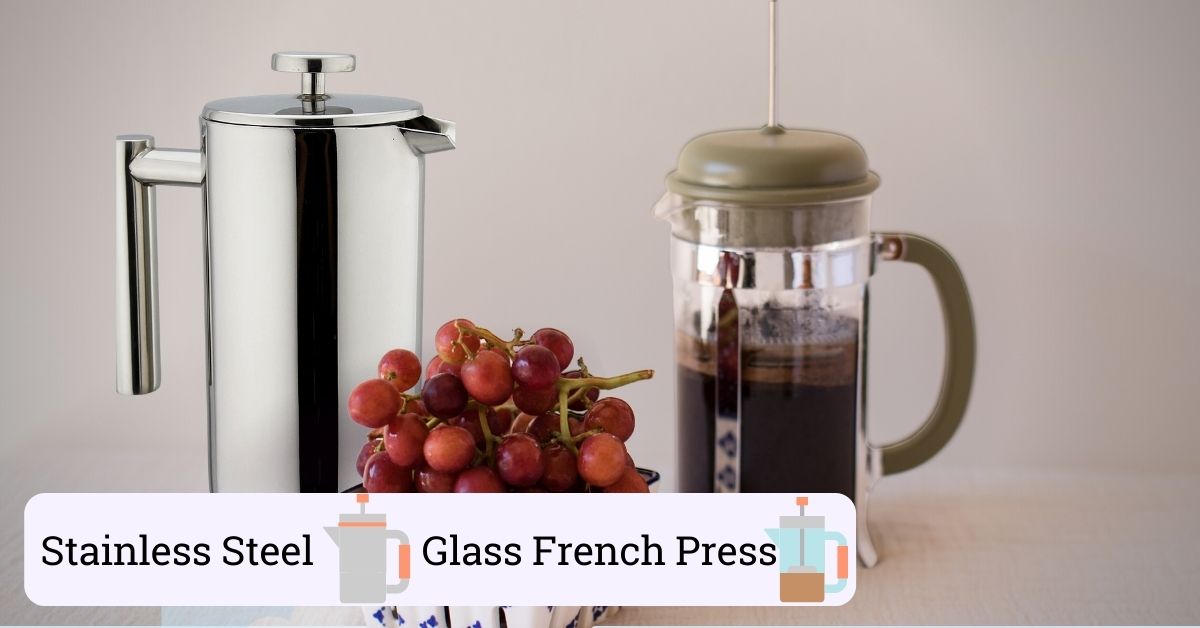 The French press is among the most popular and effective brewing methods internationally. This method is so simple that anyone can use it to brew excellent coffee. However, there are several types of French press brewers available today, and two of the most common are stainless steel and glass, French press brewers. How do they compare? 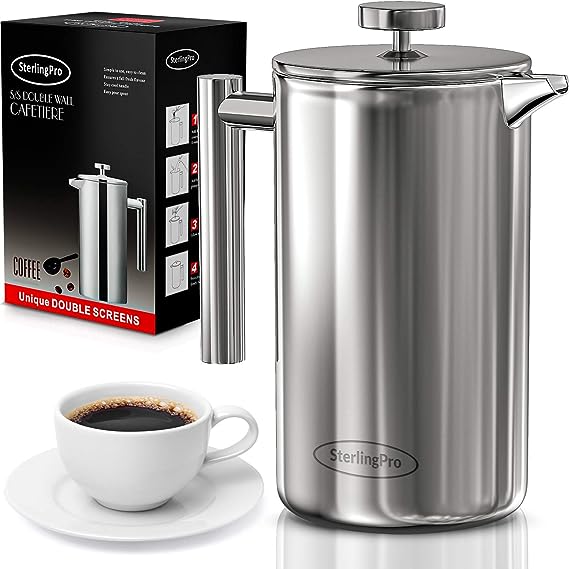 French press coffee brewers are some of the most popular brewers in the world. These devices are very simple to use, they produce various coffee styles, and they can be used to make coffee to the exact personal preferences of the person making the coffee.

As with all French press brewers, the quality of the brewer itself has a major impact on how well it makes coffee. A good quality stainless steel French press will have double walls and a good mesh filter that is able to properly separate the ground coffee from the water.

Double steel walls are the best way to retain heat in the brewer, which keeps the brewing process as hot as possible, which improves the flavor of the coffee overall if the right brew method and recipe are used.

Stainless steel French press brewers are becoming more popular, but the most popular style of the French press is the standard glass body brewer. Almost everyone owns this type of coffee brewer, and it is capable of producing truly excellent coffee with the correct brewing recipes and methods.

Glass French press brewers are good brewers because they are what is known as immersion brewers. Immersion brewers work in a way that allows all of the brewing water to be in contact with all of the ground coffee for the entire brewing process.

This type of coffee brewing is very easy to do well and is a very effective method for extracting the most flavor from the coffee.

Glass French press brewers are some of the best because glass is a good retainer of heat, and the clear body of this type of brewer offers more control over the brewing process.

The glass walls of this type of French press do not retain as much heat as stainless steel French press designs, but they work well enough for most brewing methods. 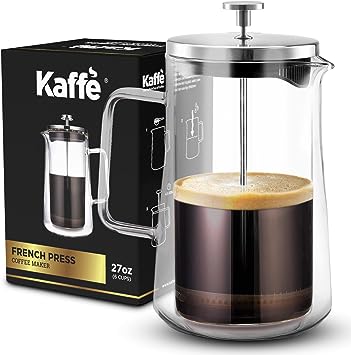 Kaffe KF1010 French Press Coffee Maker. Double-Wall Borosilicate Glass. (27oz / 0.8L) 6-cups Check Price on Amazon
We earn a commission if you make a purchase, at no additional cost to you.

Double-walled glass French press brewers are the best of this kind, as the double-wall insulation retains almost as much heat like stainless steel brewers.

The visibility into the brewer that glass provides allows the person making the coffee to better control the volume of water that is added to the brewer and how fast and far to press the plunger of the brewer down.

Seeing into this type of brewer offers the best control over the plunger, which is the mesh filter that separates the ground coffee from the water, and this is an integral part of the brewing process.

This extra visibility is an advantage for brewing coffee, especially for those who may be a little less experienced with brewing coffee in such a French press.

How Do These Brewers Compare?

Stainless steel and glass French press brewers are mostly very similar. Both types of brewers function in the exact same way, the filter coffee, in the same way, the same coffee and brew methods can be used with them both, and the coffee drinks that they produce are largely the same.

The real difference between these types of French press brewers is the heat retention and stability provided by stainless steel.

Heat retention and stability is an essential aspect of brewing coffee in a French press. The more stable the water temperature, the more evenly the coffee with be extracted. The hotter the water stays, the more flavors will be extracted from the beans as more of the soluble materials will be dissolved into the water.

Double glass walls and double stainless steel walls have only a 7°F temperature retention difference. This means that double-walled glass French press brewers are almost as good regarding temperature benefits as stainless steel, but they offer significantly better brew visibility.

Apart from these factors, there is no real difference between these types of brewers, and which to use is a personal preference. Most people prefer glass French press brewers, while those who want maximum control over their brew will prefer a stainless steel version.

Stainless steel brewers offer more temperature control and stability for brewing coffee than glass French press brewers do. This is a benefit for coffee and flavor extraction, but there is no benefit to stainless steel outside of this.

Both brewers are very effective, and simple to use. They are capable of producing excellent cups of coffee. Which to use is a personal preference based on temperature requirements and aesthetics.