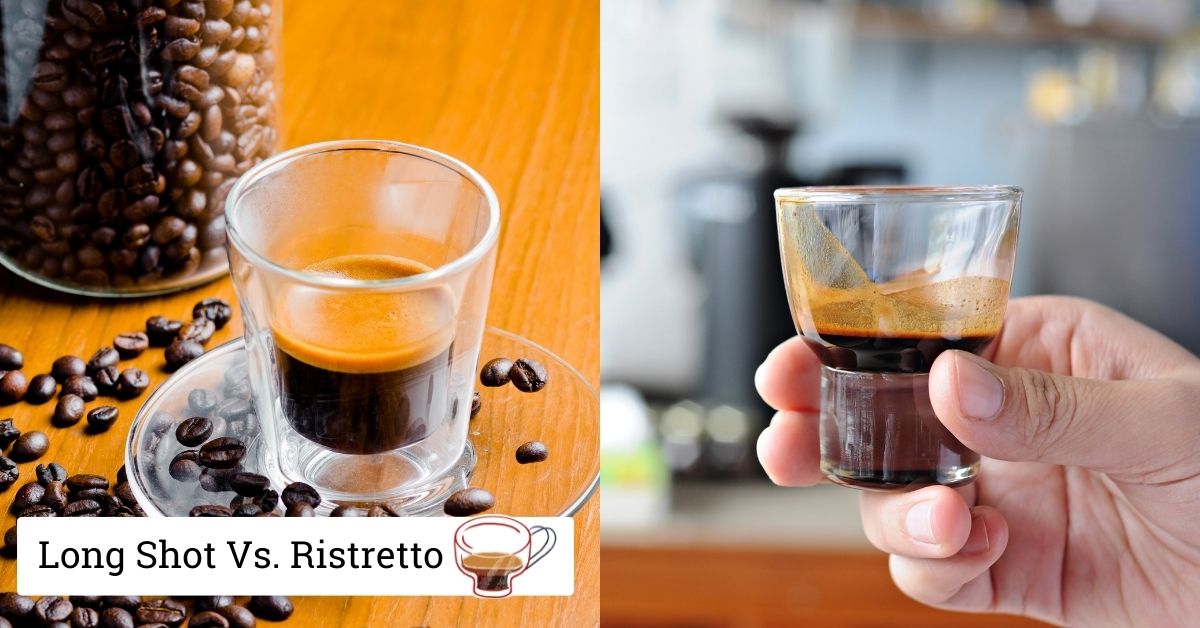 The world of modern coffee is a confusing place, and modern espresso is the most confusing and complex aspect of that world. Espresso no longer seems to just be espresso, but there are several different types nowadays, so what are the differences? What is a Long Shot vs. a Ristretto?

Espresso is among the most popular and widely used coffee drinks internationally. This drink used to be simply defined as a small, strong coffee brewed at high pressure and at a strong ratio of coffee to water. Modern espresso is not that simple, and the variations make this drink even more complicated. Let’s clear up some of the confusion.

Espresso has become more complicated than ever before, but this should not be seen as a source of confusion or frustration, but rather as a way to help the coffee lover more clearly define their own taste preferences and what types of coffee and coffee drinks they prefer.

One way that espresso has become more complicated is the variations of espresso shots that have been developed. Espresso is no longer just espresso, but there are now three basic forms of espresso.

The best way to brew Ristretto is to grind the coffee finer so that the flow of liquid through the coffee is restricted, but the coffee is still well extracted when it reaches the cup. Some baristas end the shot early as well, but this is not the med method.

To define the brew ratio of a Ristretto, this drink is typically brewed at a 1:1 ratio of coffee to water, or sometimes a 1:1.5 ratio. Compared to the 1:2 ratio of regular espresso, the Ristretto is a much stronger shot.

The Ristretto is a thick, intense, textured, full-bodied style of espresso that is unparalleled in the world of coffee. There is simply no other drink like it, and using it to create espresso-based drinks provides an experience very different from using standard espresso shots.

The variations of espresso styles make espresso more interesting and allow coffee lovers to fine-tune their coffee to their exact taste preferences. The three common espresso variations include the Ristretto, the standard Espresso, and the largest shot of all is the Long Shot, also referred to as the Lungo.

This is a loose definition, and some baristas brew a Long shot with a ratio as high as 1:5 or even 1:6, depending on the coffee used and the preferences of the coffee drinker.

However the shot is brewed, the Long Shot is the largest but least intense version of espresso in the modern varieties.

The Long Shot is brewed by grinding the coffee slightly coarser than usual and allowing more liquid to flow through the ground coffee to fully extract the coffee with more liquid.

The larger amounts of liquid used to brew this shot provide a drink that is more well-rounded than a Ristretto or a regular Espresso, less intense, easier to drink, larger, and significantly softer on the palate.

IF you enjoy espresso but find the Ristretto or Espresso shots too harsh, too overwhelming, or too intense, then the Long Shot is the espresso for you.

How Do These Shots Compare?

Comparing these two types of espresso shots is simple, as these are on the opposite ends of the espresso spectrum. These two types of shots are very different, and if you ever try these shots side-by-side, the differences will be very clear to identify.

The Ristretto shot is very thick, textured, strong, and intense. This is simply because the coffee is more concentrated. Less water is used to extract the coffee over the same amount of time, and the shot is, therefore, smaller and significantly stronger than any other form of an espresso shot.

The Long Shot is larger, far less intense, and much less textured than the Ristretto. However, as the flavor of the drink is less intense, it is easier to taste the subtle flavor notes within the coffee rather than being overwhelmed by intensity.

The Long Shot is easier to drink, as it is far less intense and textured than the Ristretto. However, this shot still retains all of the espresso goodness that you may want, only in a more pleasant, sweeter, less complex experience.

The differences between these shots also mean that they are typically used differently as well. The Ristretto pairs excellently with milk to form strong espresso-based drinks such as the Cappuccino or the Flat White, but it also dilutes very well to create drinks such as the Long Black.

The Long Shot is best enjoyed on its own. This shot is not strong enough to pair well with most milk drinks, except perhaps a Macchiato. Most Long Shot drinkers prefer their shot simple and unaltered, allowing every flavor note to be clearly identified.

The amount of water used for the shot changes the intensity of the drink, meaning that the Ristretto is around three-times stronger tasting than the standard Long Shot. Try both of these shots for yourself to determine which is your preference, and you will never be disappointed by espresso again!