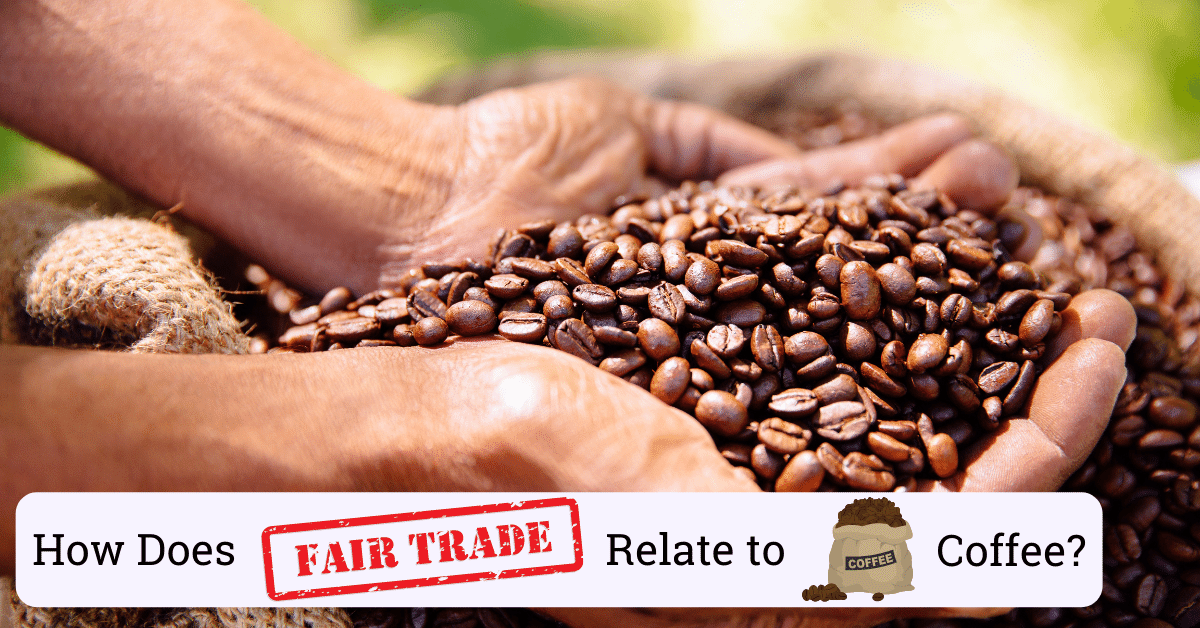 You know that if you see the Fair Trade logo on a product, it’s a good thing, or that it means the product has been produced sustainably under fair conditions. But what does this actually mean, and when it comes to your coffee, what difference does it make? For those coffee drinkers who know what they like and need their morning fix regardless of whether that Fair Trade label is on the product, the link between Fair Trade and coffee is one of the most important.

Fair Trade is a non-profit organization that certifies coffee and other products according to a set of standards that aims to ensure that the products have been produced to encourage environmental sustainability and that laborers are treated and compensated fairly.

Given that coffee production can be one of the most exploited farming practices globally, having these standards in place and buying coffee that supports them being maintained is key in giving recognition to the coffee-making process.

How Does Fair Trade Relate To Coffee?

So you understand what Fair Trade is, but how exactly does it relate to coffee? This is how the coffee production line works and where Fair Trade comes into the picture.

By introducing a price floor that limits how low the price of coffee can go, Fair Trade intends to protect the coffee growers. It is a choice made by the buyers and sellers in the market, both agreeing to sign up to Fair Trade and to pay and sell for a certain minimum for the product, no matter what the market may be doing.

The majority of coffee globally, around 70-80%, is produced by smallholder farmers, approximately 25 million of them. Fair Trade focuses on these smaller producers specifically to try and set standards that protect them from being taken advantage of by large corporate buyers.

Why Is This Important?

While coffee is one of the most in-demand beverages globally, with an estimated 1.6 billion cups brewed every day globally, coffee farmers face several challenges.

Are There Any Potential Issues With Fair Trade Coffee?

There has been a lot of criticism with Fair Trade incentives and their efficacy in really helping the communities of farmers in the ways in which they claim to be doing. These are some of the most popular criticisms of the program and how it’s currently being run.

The extent of the impact Fair Trade is having overall can be debated, but the following facts show undeniably what the initiative has managed accomplish.

While its efficacy can be debated, the one positive outcome of the Fair Trade label on coffee is to make consumers more aware of the conditions under which their beloved beverage is produced and how they are contributing to that situation, one way or another through their spending habits. Next time you’re shopping for your morning fix, pay attention to what your coffee’s label says.