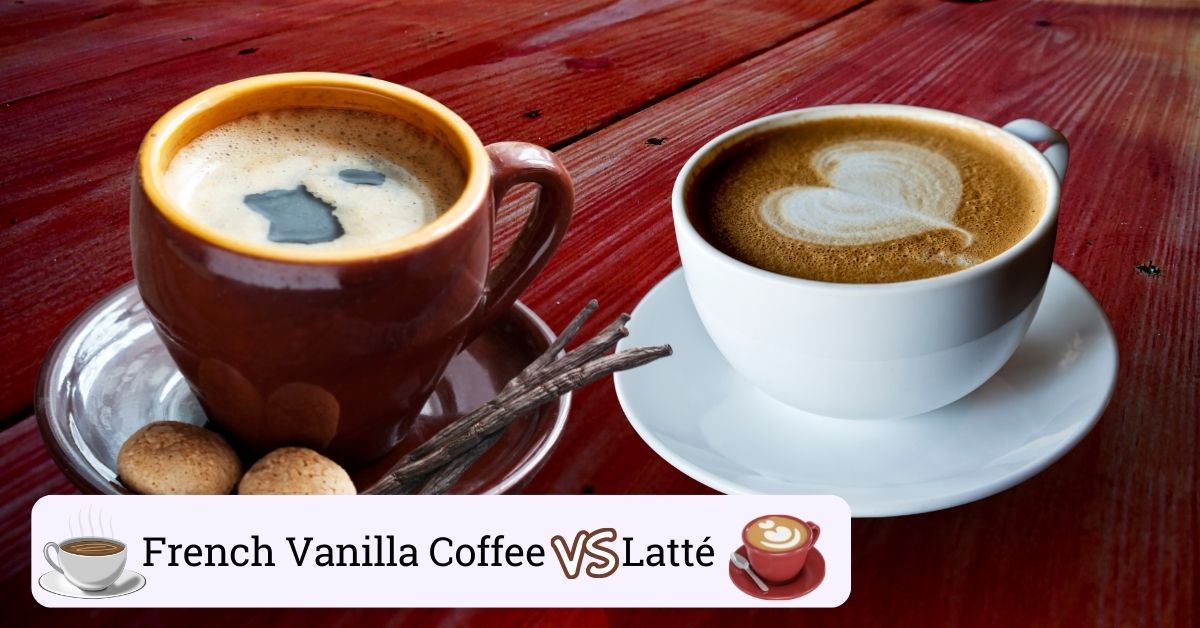 French Vanilla coffee is among the most confusing terms used in the already confusing world of coffee. This term seems to be used somewhat ambiguously in most instances, but there are definitions that we can apply to the term to make things a little clearer.

Apart from the vanilla flavor, there is no other clear definition of French Vanilla coffee. This type of beverage can be prepared in any number of ways, and it has been reimagined by many different coffee chains, coffee shops, and home baristas throughout its existence.

The most generally accepted version of French Vanilla coffee is a larger coffee beverage prepared with brewed coffee and a foamed mixture of milk, cream, and condensed milk that is heavily flavored with vanilla and very sweetened.

The term “French Vanilla” is a broad, blanket term used to describe any coffee that is flavored with vanilla in some way, which is why the term is so confusing.

The truth is, if you enjoy vanilla-flavored coffee drinks, take the time to find a coffee shop near you that makes such a beverage in the way that you prefer, and you will never be disappointed with another “French Vanilla” coffee again.

The Latté is a coffee beverage that is much more clearly defined than French Vanilla coffee, even though it comes in a wide array of variations. However, the Latté is a favorite in world coffee culture for a good reason.

The general definition of a Latté is a coffee drink that is prepared with two shots of espresso combined with rich, textured, steamed milk. The milk is what defines the Latté, as this milk is steamed with a steam wand until it is silky, sweet, hot, and textured.

This Latté milk is used for creating Latté art when the drink is poured and gives the drink a delightfully smooth mouthfeel. The Latté is a strong drink due to the double shot of espresso, which makes it a very coffee-forward beverage.

However, the Latté is usually prepared with a relatively large amount of milk which drastically softens the drink and removes any harsh flavors from the strong espresso. This makes the Latté a very easy-to-drink beverage and leaves room for many variations.

The amount of milk used in a Latté differs from place to place, which means that the size of the drink is different depending on where you go, but the basic recipe is usually the same everywhere.

The Latté can be altered by adding various sweeteners, syrups, flavors, and flavored powders to give the drink a unique flavor or seasonal flavor characteristics.

The strong coffee flavor and versatility of the Latté have made it one of the most popular drinks anywhere, and it is available in some form in almost every coffee establishment in the world.

How Do French Vanilla and Latte Coffee Drinks Compare?

Every variation of French Vanilla coffee is very vanilla-forward. This drink is not intended to have a strong coffee flavor and therefore is not made with strong coffee and is often made with instant coffee or a very small amount of coffee.

These two drinks are very different from each other; however, French Vanilla flavor can be added to a Latté to give the drink a distinctive vanilla flavor without altering the strength of the drink.

Which Drink Should You Order?

The Latté and French Vanilla coffee are both delicious beverages, and if you are the type of person who enjoys coffee and milk drinks, then they are likely to suit your preferences well. So, which drink should you order?

If you enjoy strong coffee, espresso, or if you are a person who is particular about their coffee, then the Latté is a better option for you.

If your preferred coffee drinks are sweet, flavored, exciting, and interesting, then French Vanilla coffee may be a better option for your own preferences. However, always remember that French Vanilla coffee differs drastically from place to place, so be sure that what you order is to your liking.

The Latté is a more refined and better-defined coffee beverage made with two shots of espresso and steamed milk. Whatever your preferences, there is a version of these drinks that suits your style. Take the time to find it, and you will never be disappointed with your coffee again!