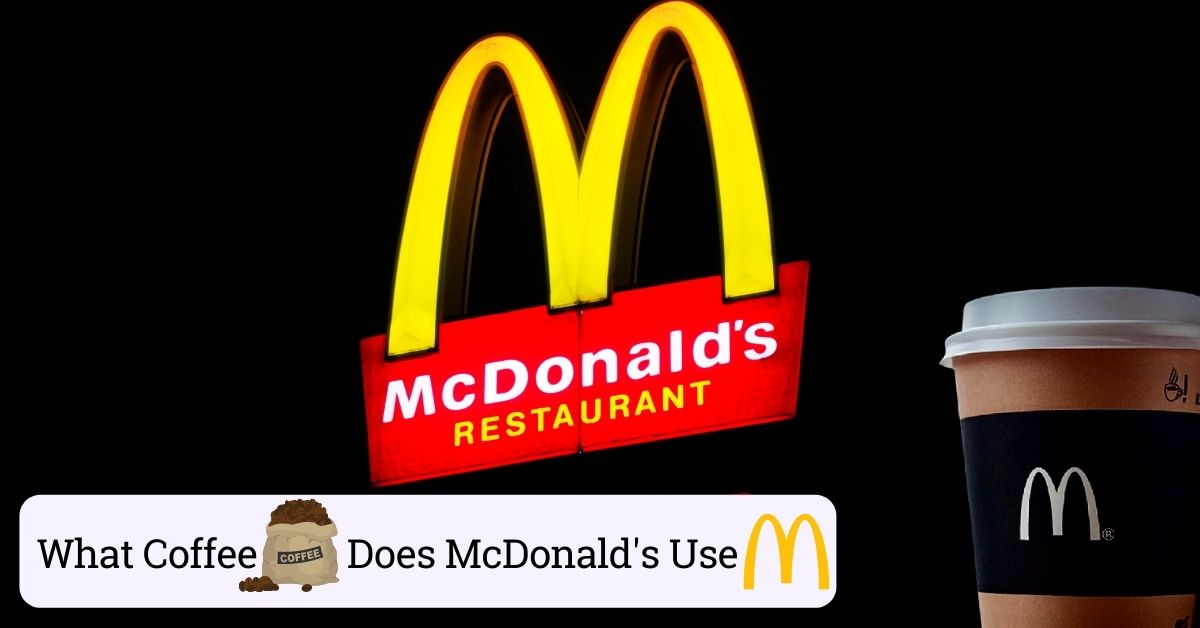 Although the perception of coffee from fast food restaurants was previously met with a level of disdain, the rise of Starbucks led to numerous franchises significantly improving their coffee selection. So what coffee does Mcdonald’s use in their products?

McDonald’s restaurants (both Mcdonald’s and McCafe) use 100% Arabica coffee beans from the following four coffee suppliers/roasters:

Why Do McDonald’s Use Arabica Coffee Beans?

Having originated in Ethiopia, before spreading to other coffee growing regions, Arabica coffee is a species of coffee that is considered a superior variety compared to Robusta.

Arabica coffee is considered to have a fuller, smoother, and more palatable taste and texture compared to Robusta. That’s not to say Robusta is a bad coffee variety, rather than it just has a more acquired bitter and rubbery taste.

Arabica coffee is also a harder product to grow than Robusta, meaning that it is often valued higher in premium coffee blends or as 100% Arabica coffee products.

Generally speaking, Arabica coffee also has less caffeine than Robusta. Making it a better-suited coffee for casual drinkers that want to engage with the flavors of coffee more than using coffee as a stimulant.

In conclusion, Mcdonald’s using 100% Arabica coffee rather than a blend of Robusta has done so to appeal to a wider audience, as Arabica coffee has easier and softer flavor notes than Robusta. Making it an ideal coffee variety to use in different drinks.

Furthermore, the reduced caffeine levels make Arabica coffee an easier sell to customers who may just want a small caffeine boost, which is secondary to the coffee flavors they want to experience in the drinks they buy from McDonald’s.

Where Do McDonald’s’ Suppliers Source Their Coffee Beans?

As mentioned above, McDonald’s uses various suppliers, all of which source their coffee beans from different locations. Like other fast-food brands such as Dunkin Donuts or Starbucks, Mcdonald’s has its own brand of coffee, which they use to make their products in-store and available for home purchase.

The primary reason for adopting its own coffee brand and roasters is due to the founding of McCafe, which has become a coffee and café focused variant of the Mcdonald’s brand, which typically has its own storefront within McDonald’s restaurants.

While the company headquarters are in Oak Brook, Illinois, the beans themselves are a 100% Arabica blend. This means that the beans are not single-origin beans but instead sourced from South/Central American countries from Brazil, Guatemala, Costa Rica, and Colombia. While Newman’s Own has been in operation since 1982, it wasn’t until 2005 (approximately 12 years after the opening of the first McCafe) that Mcdonald’s partnered with Newman’s Own to supply the franchise with 100% Arabica coffee beans.

Newman’s Own Organic Blend comes in either light or medium roast and flavored coffees such as vanilla, caramel, and hazelnut. Furthermore, they have a decaffeinated option.

Consequently, Newman’s Own Organic Blend is known for having a smooth, clean, and balanced flavor profile and texture, thus making it a key component of the Mcdonald’s brand since its different varieties can be used in many different drinks.

Like many other Arabica blends, Newman’s Own Organic Blend uses beans grown from South/Central American countries such as Brazil, Guatemala, Costa Rica, and Colombia. Despite being bought in 2003 by one of McDonald’s’ main competitors Starbucks, Seattle’s Best is used by McDonald’s in a lot of their iced coffee products.

Mcdonald’s regularly boasts about the taste profile of their iced drinks used with Seattle’s Best and how this medium to light roast maintains its quality without the expense of Starbucks’ products.

While their headquarters are still situated in Seattle, Seattle’s Best used a blend of Arabica coffee beans sourced from across Latin America. Gavina Gourmet Coffee is McDonald’s’ oldest supplier of coffee, with a partnership that has lasted for over 33 years! Consequently, Gavina’s coffee beans were and are a vital component in establishing McDonald’s early dominance in the fast-food coffee market.

Along with the supply of 100% Arabica blends from Central and Southern American jurisdictions, Gavina has also been one of the main training companies for baristas at McDonald’s.

This, in turn, has led to Mcdonald’s being recognized not only for the quality of the coffee used in their products but also as a provider of efficient services and excellently brewed coffee products!

So with all the time and money invested into sourcing 100% Arabica coffee beans and investing in professional barista training, has this translated into good coffee?

Generally, Mcdonald’s coffee is well received despite being a fast-food franchise at its core. The coffee products on offer are unmatched by most of its competitors in terms of variety and pricing.

Some of the key industry standards that McDonald’s employs in order to maintain good coffee are the consistent recycling and replacement of coffee beans, the use of purified water, the speed of service, and the commitment to suppliers that display the Rainforest Alliance Certificate.

All of this cumulates in coffee products with a distinct nutty, chocolaty taste with enough variety and clean finishes to appeal to the sensibilities of the majority of the clientele at an affordable price.

With a mild, all-rounded taste that makes Arabica the perfect roast and coffee variety in various drinks, it’s no surprise that McDonald’s uses Arabica coffee beans in their products to great effect!